Creating a Community of Caring

All Saints Catholic School in Jupiter, Florida was looking for a way to raise money for the victims of Hurricane Ian. The school wanted this to be a meaningful, community-wide project where all could take part in and understand the value of community and how small acts of kindness matter.

The school decided to build a community of caring, one LEGO® at a time. Every dollar earned a class one LEGO® brick. Each class built a part of a community: a house, a hospital, a church, a school, a police station, a fire station, etc., and used Fort Myers as their guide.

The community was challenged to build a “Community of Caring” with LEGO® bricks. It was not as easy as it seemed. The LEGO® bricks used came from collections that teachers had at their homes, not community building kits. LEGO® bricks were sorted by color by both students and teachers to prepare for
distribution and build.

Following this preparation, each class chose a building to represent from the Fort Myers area. The LEGO® bricks were then distributed to each class as they began to turn in their daily collection of donations. There were no instructions and the pieces were not necessarily designed for creating a community building, therefore creativity was key. The motto explained to students was, life doesn’t come with an instruction manual, therefore, they needed to use their imagination to create. Often frustrated that they didn’t have the proper pieces to make the perfect structure, they improvised and built creatively at its best.

Finally, as the buildings were completed, they were placed on a map created by the school’s Art teacher. One by one, the structures started to appear and the community came to life. Everyone could see that their contribution had made a difference. Students began to recognize what makes up a community. Not only did they have pride in the structures that they made, but also an understanding that even the small acts of kindness matter. The community of caring fundraiser lasted two weeks and raised a little over $3,900 for Catholic Charities.

Challenge accepted and completed. The All Saints community put faith into action. Not only was money raised but an added awareness of using our gifts from God to help others. 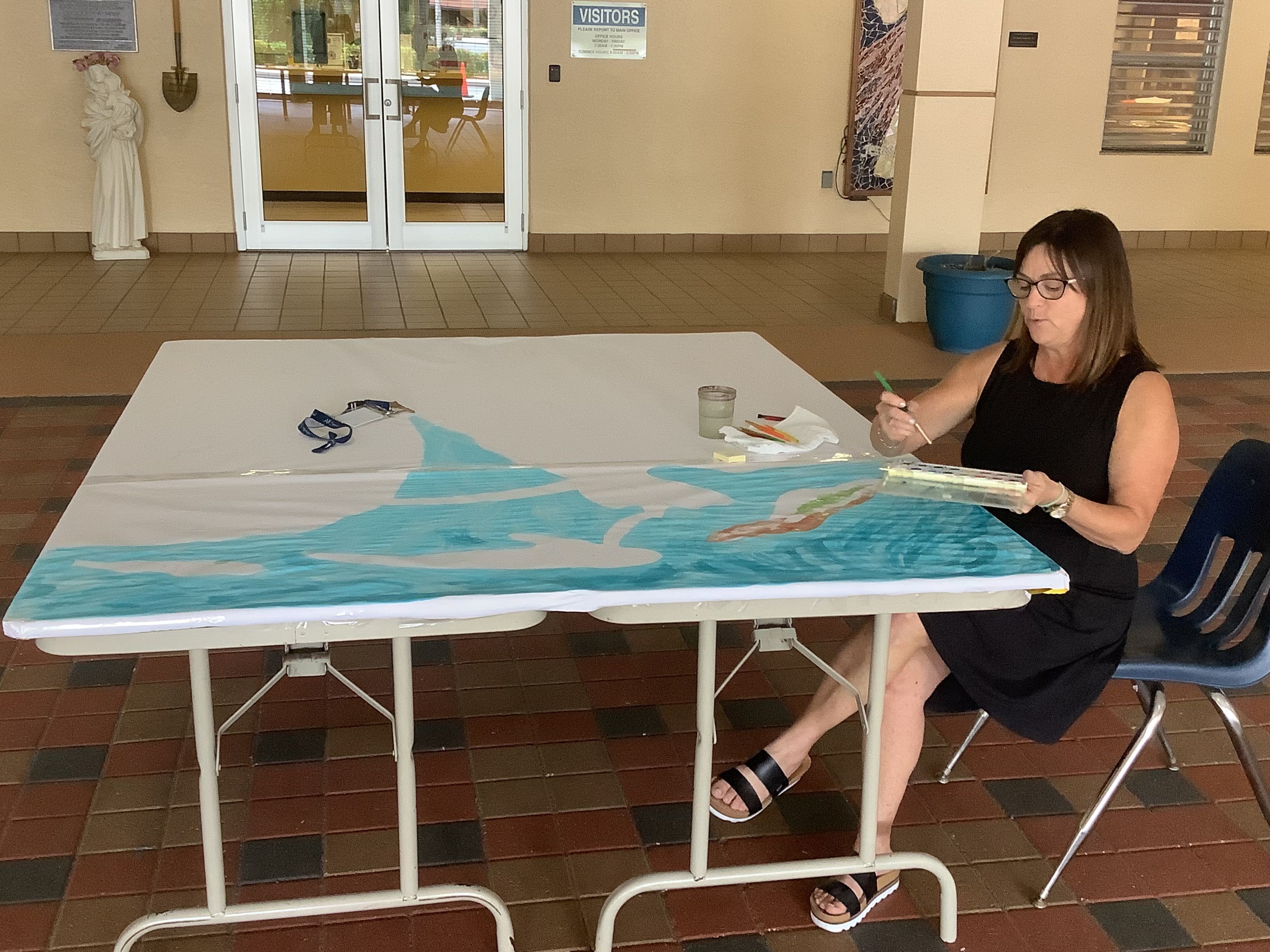 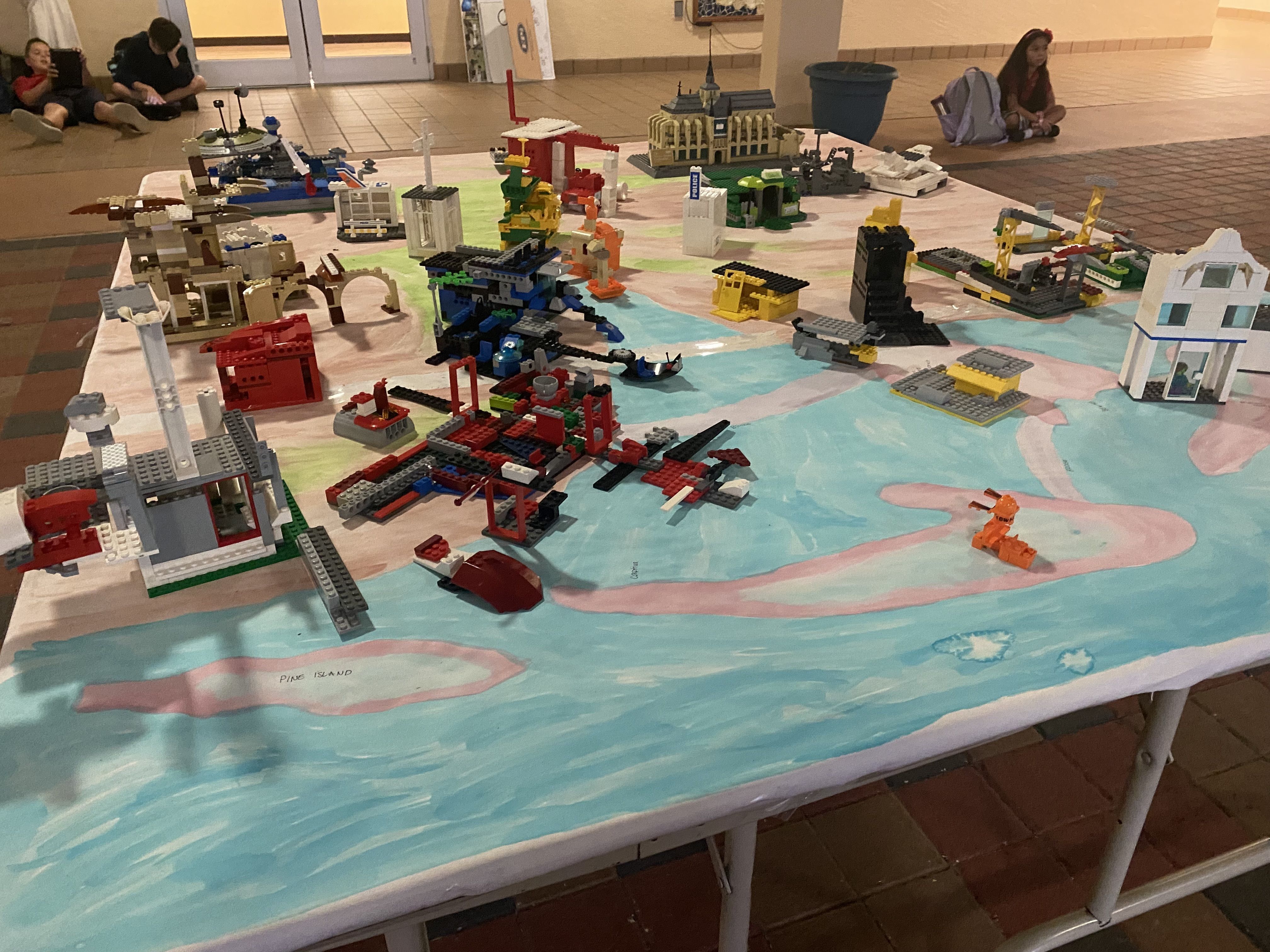